Skip to content
Cross-posted from: She Means Well But ...
Originally published: 22.12.16

In the spirit of the season, I’m sharing a story that was included in the ‘Festive Frights’ anthology published by the CW Publishing House last Christmas. If it whets your appetite for more dark Christmas tales, you can order the book here 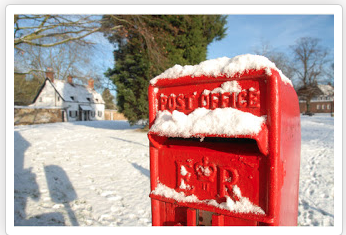 The harsh caw of a rook made Inspector Thomas Crumb look up at the row of beech trees on the horizon, their branches outlined stark against the early morning sky. He should have been home by now, sipping tea and nibbling on toast and marmalade after a quiet night shift at Burbon-on-Lee’s tiny police station.

It was cold outside, but colder yet inside Hathaway Cottage as he stepped across the threshold. The living room was crammed with overstuffed, once grand furniture and a collection of knick-knacks that only a lifetime in the same place could accumulate. A forlorn plastic Christmas tree sat in the corner, its lights blinking feebly. Three stockings hung from hooks on either side of the old cast iron fireplace. One hook lay empty, spoiling the careful symmetry.

A line of cards stood on the mantelpiece, pride of place given to the largest one, an ornate affair which looked like it had been made to order. It depicted a room like the one it sat in, but an picture book version without the dust and discarded crockery.

Crumb approached the armchair facing the now cold fireplace, and looked down. In it sat a man in his 80s, wearing a checked flannel shirt, knitted tie and thick jumper vest. His thinning hair was slicked back against his scalp, stray white hairs jutted out wildly from his eyebrows, his skin stretched across closed eyelids and gaunt cheekbones. His ankles were tied to the legs of the chair, wrists firmly bound in his lap, and something was stuffed tight into his mouth. He was dead. Very, very dead. And it didn’t look like he’d gone peacefully.

“Poor old bugger must have choked on whatever the evil bastards shoved down his throat to keep him quiet,” said Jo from Forensics, taking a large pair of tweezers and carefully pulling the make-shift gag out. “See those broken veins, and the bluish tinge to his skin? Tell-tale signs. Asphyxiation…  what the hell?”

Her eyebrows shot up as she tugged the gag out to reveal a length of colourful fabric with the name ‘Jake’ written in glitter above a cheery appliqued snowman. A Christmas stocking – probably intended for one of the grandchildren expecting for a festive visit.

“Funny thing is,” she continued “although obviously some sadistic git did this, there’s no sign of a break-in. All the doors and windows were locked from the inside. Nothing missing either – not even the box of fifties our boys found at the back of his kitchen cupboard. If it hadn’t been for Elsie Symms letting herself in with the spare key, it would have been days before anyone realised they hadn’t seen old George.”   …

She Means Well: I’m a feminist, loud and proud, but I’m also married and have a son. I demand to be treated equally based on my qualities and abilities, not the ‘equipment’ I was born with – but I am a firm believer that humour is one of life’s essential and that, yes, silliness DOES save lives. My blog covers a wide range of subjects, mostly in a mildly humourous way, including life as a transplanted Brit living in Greece, the imagined thoughts of my cat in The Kitty Letter Chronicles, things that make me go “Hmmmm” and things that make me go “Aaaaagh!”