One of the stories I grew up with as a kid was the story of when my granddad’s friend died.

It was a ghost story – or that’s how it was told when we were kids. A premonition by my spiritualist great-nana.

The story was this.

My granddad had a job on the steelworks in Shotton. He and his friend were sat side-by-side, eating their lunch. A load of steel fell from a great height and killed his friend.

This happened in the era before ‘health and safety’ or ‘elf and safety’ as it is called by Richard Littlejohn, a man for whom humour is defined by ‘putting on a funny accent’.

When you’ve grown up with stories like this, you don’t understand the demonization of health and safety regulations. The fervent desire of the Tory Party to rip up the red tape that protects our health and safety makes no sense.

The hatred of health and safety can only come from people who have only ever been healthy and safe. Who haven’t had to work with huge containers of steel dangling precariously above their head. Who didn’t, as my dad did, witness his friends die as bombs hit his ship. Who didn’t die, as my granddad did, less than ten years after retirement having spent a chunk of his life working in a manual labour job.

When David Cameron and Steve Hilton dreamt up their Red Tape Challenge, they did it from the position of flirting with businesses who saw regulation as a barrier to profit.

They didn’t do it from a position of watching their friend crushed under tonnes of steel during their lunch break.

Sian and Crooked Rib : I‘m a Bristol based blogger, short-listed for the Emma Humphrey’s Memorial Prize in 2015, who writes stories, talks about feminism and politics and generally muses on happenings. My first children’s novel Greta and Boris was published in 2014. Twitter @sianushka 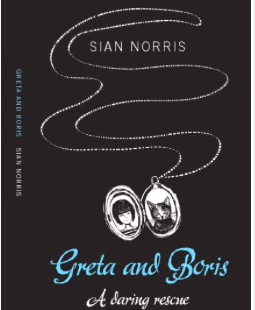