Skip to content
Cross-posted from: We Mixed Our Drinks
Originally published: 28.11.16 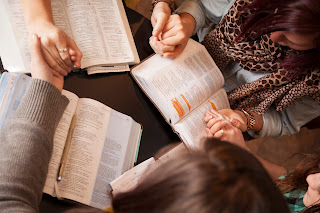 Martin Saunders wrote for Christian Today recently about the experience of attending a conference of the UK’s most influential church leaders and their teams, only to realise that “Ninety per cent of the people in the room were male; if you were to take pastors’ wives out of the equation, that number would look even worse.” He noted that in the UK at least, ‘there’s no doubt women are being invested in’, citing well-known leadership conferences as examples of this – and who could fail to notice the image used to illustrate the piece – Justin Welby surrounded by female clergy? …

You can read the full article here.

We Mixed Our Drinks : I write about feminism, politics, the media and Christianity, with the odd post about something else completely unrelated thrown in. My politics are left-wing, I happily call myself a feminist and am also an evangelical Christian (n.b. evangelicalism is not the same as fundamentalism, fact fans). Building a bridge between feminism and Christianity is important to me; people from both camps often view the other with suspicion although I firmly believe that the two are compatible. I am passionate about gender equality in the church.  Twitter @boudledidge