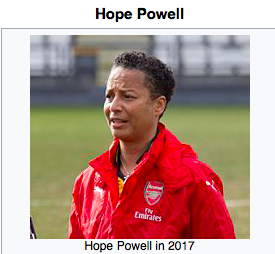 In my family, it was always the women who were the avid football fans – my mum, my auntie and my grandma. All for Scotland; all for Newcastle United. They instilled in me a love of sport – especially football – for which I will be eternally grateful. (Mind you, they were a bit put out when, at 6 years old, I decided to support Liverpool! Over 35 years later, I still do. And Scotland, of course.)