Skip to content
Cross-posted from: No Humiliation Wasted
Originally published: 25.01.14

The Guardian ran a blog post by a white man about why a photo of a white woman sitting on a chair made to look like a bound, near-naked black woman wasn’t racist, not even a little bit. 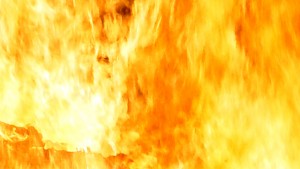 xoJane, a site I’ve written for and whose articles I’ve previously enjoyed, published a piece inviting readers to share stories about the “craziest” people they’ve ever met, i.e. people with severe mental illness. And readers responded in their hundreds because hahahahahahaha it’s so much funnier to laugh at people and perpetuate stereotypes than to have a smidgen of compassion.

Disabled women are twice as likely to be abused as able bodied women and on average earn 7p less per pound, yet many of the discussions I see and hear about intersectionalitymention disability as an afterthought, if at all, and most high-profile feminists seem to be more consumed by banknotes and pubic hair than disability rights.

This stuff makes me so mad. I want to to have increasingly fraught discussions on Twitter or in comment sections, to shout, to scream, to SMASH SOMETHING, to… Oh.

If you’re angry all the time and it’s everyone else’s fault, what’s the one common denominator? Yeah. I’m the shithead.

I’m not saying that I’m wrong on any of these topics (heaven forbid), or that they’re not all worthy of my offense. And sometimes righteous, chest-thumping anger is the only way to be heard. This is not a post about how ladies need to calm down and sit quietly with their legs crossed at the ankle, crocheting pictures of cats. But for the sake of my mental health and my blood pressure, I might need to turn my boiling anger down to a simmer.

Because while the things that I’ve got worked up about might have changed, my tendency to get incredibly pissed off has been around for a while.

Here are some shithead things that I’ve done:

When I was about eight, I had an argument with my friend across the street because I’d brought her a stick of rock from my holiday, but she wanted my stick of rock, which was a different flavour. I really didn’t want to swap and thought she should be grateful for what she’d been given, so THWACK! I clocked her on the head with both sticks of rock. Hard.

When I was nine or 10, I had an argument with my mum and in a fit of frustration slammed one of the doors on the built-in wardrobe my dad had made for me so hard that it came off in my hand and I had to live with the shame and the cracked hinges for the next eight years.

When I was 22, I was staying with my long-term, long-distance boyfriend and he was upset because his grandad had died and I was upset because of depression, and he shouted something like, “It can’t always be about your illness!” and I was like, “I KNOW that!” (even though I really didn’t) and I threw a glass of red wine at his wardrobe and it spilled and smashed into tiny pieces and he always maintained that I was throwing it at his head which I very deliberately didn’t, but I’m still not sure that entitles me to any moral high ground.

Yeah, I might have an anger problem. (I feel like Richard Gere in Pretty Woman: “I was very angry with him.”) I managed to squash it down more and more as I got older, so much so that when I used to read about people getting incredibly pissed off I’d be utterly unable to relate to them, thinking, “Huh. I’m glad I don’t have an anger problem.” Which is probably the biggest sign that you do.

After I was diagnosed as clinically depressed a therapist told me, “Some people think depression is anger turned inward” and I scoffed, because me, angry? I was so numb I couldn’t relate to that emotion at all. Years later, when a man barged onto a tram as I was getting off and I was so overtaken by rage that I screamed, “THAT’S OK, DON’T MIND ME!” it was a sign that I’d made progress. But what I am so angry about?

In my experience, it’s just the tip of the iceberg. There’s always stuff under it, stuff we don’t want to explore. And as off-putting as anger can be and as shaky and awful as it makes me feel, in many ways, it’s better than depression. It feels active instead of passive, there’s an energy to it.

But after every fit of anger I’ve ever had, I’ve burst into tears. When I get angry about social injustice and discrimination, it’s because I care about those issues, of course, but also because I feel unheard and overlooked and sad. Because I had to drop out of university and be ill for a decade and a half when I thought nothing unfortunate would ever happen to me. Because life isn’t fair and I never got over it.

That’s why anger management is such a crock: anger isn’t something that needs to be fought against and suppressed, it’s something that might actually be healed if you can get to the root of the problem. Much as John McEnroe or Charlie Sheen might want to punch me for saying so, they probably need a hug and a good cry more than they need “coping skills”.

When I told my current therapist how angry I’ve been feeling lately, she said it’s something I need to prioritise working on, not just because it feels so bad but because anger isn’t good for you, it turns out. She says it can hold illness and stress in place, like an aspic for dysfunction.

I have had rare times when I felt calm as I dealt with something that annoyed me — like when I got a lot of comments on a piece about abortion and was able to respond in a rational way. When that happened, I understood how great it was to feel not-attached to every bad thing, every internet thing.

Being able to be relaxed, even as you know that something is wrong, also allows you to escalate your attitude as needed, which is so much better than being constantly on the brink of such a fury that you could give yourself an embolism.

So I guess I’m going to be crying more in 2014, and hopefully being less of a shithead as a result.