My eldest daughter’s first year of secondary school included a residential outdoor education trip. She had already been on one in primary school at a similar centre so I wasn’t going to bother attending the parent’s information meeting. Until she came home with not only a list of things required to take but skills needed to be allowed on the trip, including:

As with all comprehensive schools in Scotland, integration for students with additional support needs was policy (although these children never get the actual level of support required due to systemic underfunding). The school also had a unit attached for students with autism who may find a full day too difficult. I assumed that my daughter had collected the wrong form and that the list was to double check children’s support needs in order to ensure the appropriate level of staffing to ensure that all children could attend. I went along to the information meeting assuming it would be a waste of my time (since I’d sat through a similar one the year before).

My daughter had indeed brought home the right letter. And, the list above: for children without any additional support needs.

According to the head teacher, every single year at least one or two children attended who couldn’t do some or all of the above for themselves, because their parents did everything for them. The children, age 11-12, were all boys.

I was utterly boggled at the idea that a 12 year old couldn’t pour themselves a glass of juice. It’s a skill I assumed most kids had perfected at nursery level with the ubiquitous sand and water table. But, no. There are genuinely 12 year old boys who have never had to butter their own toast. Whilst my eyebrows were attached to the ceiling, this did, at least, explain the number of 8 year old boys in women’s change rooms at the pool – not for reasons of safety, but because they couldn’t dry themselves with a towel. Having never tried. Quite how schools cope with this particular group of children during upper primary swimming lessons is beyond me. I’d be tempted to go with: if you can’t use a towel, you can’t go swimming, obviously for only those children who should have needed no support.

I’ve been banging on about this for a decade now, mostly on Mumsnet where very few parents of girls were surprised by the level of learned helplessness. Especially those who hung out on the relationships board full of women needing help to get their husbands to put their own dishes in the dishwasher or dirty pants in the laundry. Husbands who assumed their job and penis prevented them from actually being required to not be an asshole. Even if the wife worked full time and they had 6 kids. She was required to come home and do another full day’s work. He got to do his ‘hobby’,  which is code for being an asshat. Inevitably, some handmaiden would rock up to say that insisting your partner is capable of operating the washing machine was awful because their husbands do nothing and a dude capable of putting dirty pants in the laundry was the baseline for awesome men. This would be men who can operate satellite TV, Netflix, and google. But incapable of working out the clearly labelled on button on a washing machine or dishwasher.  After more than a decade on Mumsnet, I’ve come to believe that we’ve raised a generation of young men more entitled, selfish and mean-spirited than their own fathers who, in the 1970s, at least pretended to be acquainted with kitchen equipment.

Despite all of the above and many, many years in playgroups listening to women whose husbands were utterly useless as human beings, I was still shocked by Saskia Sarginson’s recent Guardian column on her utterly pathetic adult children who still live at home and can’t work out how to use a litter box. Children who apparently pay no rent or buy any food. Or, feed a cat without whining to Mummy and Daddy about their siblings.

I’m hoping the column is all exaggeration and hyperbole, but, frankly, I expect its completely true. After all, when my eldest started uni a few years ago and lived in halls for first year, helicopter parenting continued. The students were only expected to clear after themselves in the kitchen and take out the bin. There were cleaning staff who vacuumed , cleaned the bathrooms, and a deep clean of the kitchen. Several students in her halls had parents come up on the weekend to help their children clean their rooms and do the very few chores expected of them. And not parents who lived round the corner. Quite frankly, global warning would decrease significantly if these parents stayed at home instead of driving 6 hours in an SUV to do their kid’s laundry.

My daughter did suggest I come down to ‘help’. There was much hysterical laughter on my side. I did get a drunken phone call a few weeks later to the effect of ‘you know all the times I thought you were horrible making me do stuff. I was wrong. Thank you for ensuring I’m not an idiot’. Obviously, this particular call has since been denied. And, there was definitely no retracting of me being horrible in other ways than forcing her to clean the cat litter, learn to cook and take out the recycling.

I’m not suggesting I’m a perfect parent. We could be here for days if my eldest was going to list my failings. The youngest, now responsible for cleaning the cat litter, has an excellent side eye for moments of parental unacceptability. However, the best part of having an adult child is watching them live their lives capable of dealing with crap, both literally and figuratively, without falling apart or requiring their mother come every few weeks to help with laundry. Granted, I would prefer mine not to be on the other side of the planet, but she’s having a brilliant time and that’s what matters most. Even if I’m insanely jealous of the weather and an affordable public transport system.

As for Sarginson’s children who have somehow become adults with zero life skills, well I feel sorry for them. Being forced to live with your parents whilst an adult because your wages don’t cover rent and food at the same time is the consequence of a malicious government and unfettered capitalism. Living with your parents because you are incapable of operating a washing machine or feeding the cat is a consequence of piss-poor parenting. It’s not funny or something to brag about. We need to start addressing this type of learned helplessness and infantilisation as harmful to children. Whilst child abuse is completely inappropriate here as a term, raising a child who cannot care for themselves is more than just raising entitled lazy brats. Its unfair and cruel to expect a child who has never once washed a dish, or buttered their own toast, to be an actual functioning adult.

What happens when these children try to live with long-term partners? Have children? Or, after their parents die? Will they even be capable of maintaining a long-term relationship if they’ve been raised to believe that others will always pick up the tab and do all the wifework? That you are so important that basic life skills are unimportant and mean. What will Sarginson’s kids be like in 5 years? Because my assumption would be unhappy.

There is a huge gulf between a 12 year old who can’t butter their own toast and an adult who can’t care for the cat for 2 days, but both are predicated on the desire of the parents to be ‘needed’ at the expense of the emotional and physical wellbeing of their children. And, in this case, publicly humiliating children for a couple of bucks from the Guardian.

Sarginson, and her, partner have reared 3 children who have no understanding of reality. Parenting is the least glamorous job in the world and women are held responsible for the majority of child rearing. Fucking up is normal because no one is perfect. However, 3 adult children who never pay rent or buy groceries who can’t be left alone for a weekend without whining and carrying on isn’t funny. It’s utterly pathetic. 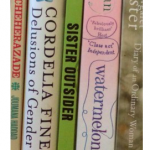