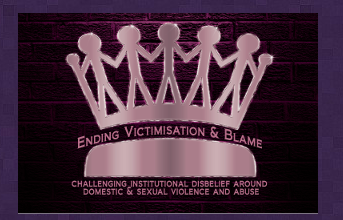 Within hours of the bombing at the Ariana Grande concert in Manchester, people across social media were sharing images of those who were declared missing. Some of these were shared by family and friends who knew girls and women attending the concert, but who had not yet heard whether they were safe. These images were also being shared by those wanting to help – a desire borne out of genuine kindness. Unfortunately, by early Tuesday morning, media were already reporting that some of the images being shared were of people who were not at the concert. One of the first images we saw when we logged on to Twitter was of Nasar Ahmed, who died in November from an asthma attack at school. We immediately tweeted out asking people not to share images of children declared missing unless they knew that the source is real. At that point, we didn’t know the scale of the spiteful and cruel trolling. Then we were informed that another image being shared was of Jayden Parkinson who was murdered in 2013 by her boyfriend, who had a history of domestic violence. In the end, multiple false images were being shared; many of which originated from a thread on reddit where men were encouraging each other to deliberately and maliciously harm the families and friends of victims with ‘fake news’.

Male violence doesn’t exist in a vacuum. The toxic hyper-masculinity, which results in suicide bombers targeting young girls attending a concert in Manchester, the mass sexualised violence of children, and the proliferation of violent pornography is also responsible for the so-called ‘trolling’ of victims of male violence. Terrorists, like rapists and domestic violence perpetrators, depend on the support of these men to increase the carnage and fear. Whilst we’re quite sure that these ‘trolls’, who deliberately shared misleading images will have absolute tantrums about being compared to the supporters of Daesh, they are part of the same conducive context of violence against women and girls that allows male violence and toxic masculinity to flourish.

There is another reason to be careful when sharing images of ‘missing children’ online, which is also due to male violence. In this case, it is men who are perpetrators of domestic violence and abuse.The most dangerous time for women is when they leave a controlling or violent partner. It is this time period which sees an increase in the intensity of violence, such as that requiring medical treatment, but also murder: of the woman, a mother with her children, or the children to ‘punish’ the mother. Violent fathers denied access to their children have been creating fake ‘missing children’ notices for years, relying on the kindness of strangers on social media to stalk former partners and children.

It is essential to ensure that images of ‘missing children’ come from a reliable source: a family member or police in order to prevent violent men finding victims of their violence and, now, preventing so-called ‘trolls’ for targeting victims of terrorist attacks. Unfortunately, due to institutionalised racism and misogyny, police forces don’t always recognise missing children as ‘missing’. BAME children are far more likely to be deemed ‘runaways’ and, therefore, not worth ‘wasting’ police time in searching for them. Mainstream media are equally culpable and are far more likely to share images of white children who are missing. Sometimes social media is the only place actively searching for these children. If a missing child image does not come from a reliable source, you can reverse image research to find the origins of the photo.

In a just and fair world, all missing children would be deemed equally important. Mainstream media would give as much attention to a missing 14-year-old Black boy from London as they do a 13-year-old white girl from Surrey. The police would have appropriate resources to find children and support them – after all, children who do run away from home do so for a reason. Sometimes home is the least safe space for a child. Children, and their mothers, would be able to live free of violence, or the threat therein. Perpetrators would be held accountable for their actions and choices. Family courts would ban violent fathers from using them to continue controlling their former partners. Child contact would be deemed in the best interest of the child based on peer-reviewed research, which clearly shows that children do better without being forced to visit violent fathers.

We don’t live in a just world though. And, until then, we need to take care on social media to ensure that the children labelled missing are actually missing. We need to hold the mainstream media and police to account when they fail to investigate and report on missing BAME children. It is a delicate balance that no one will not always get right every time, because it is hard to believe just how spiteful and malicious online ‘trolls’ are. They depend on our compassion for others, which is why we need to hold the men who posted false images of ‘missing children’ legally culpable, as well as those who commit terrorist attacks. Sharing fake images of ‘missing’ children is a heinous act and it is part of the continuum of violence against women and girls. We need to eradicate all forms and this starts with insisting that spiteful and malicious ‘trolling’ of the victims of violence is a serious criminal act so that no other family has to go through what happened to those impacted by the Manchester bombing: as victims themselves or families like those of Ahmed and Parkinson.