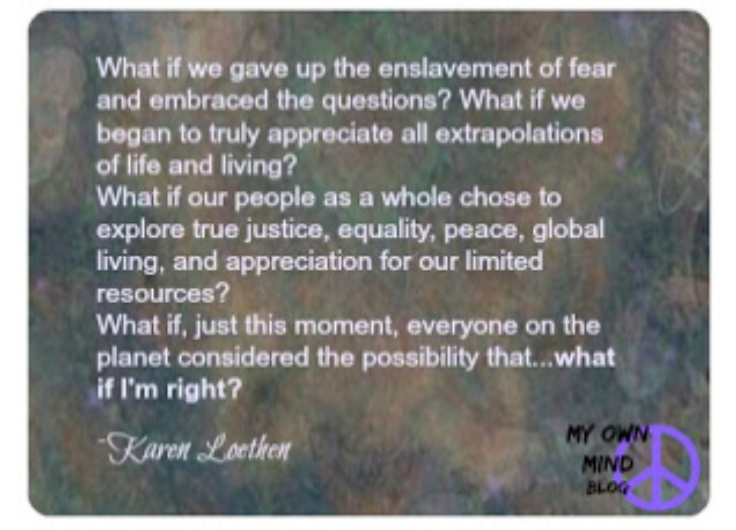 One of the many common misconceptions and myths that we atheist parents hear from the believers around us, usually said with a horrified or frightened tone, is the question What if you’re wrong? What if my belief system of guilt during life and heavenly reward afterlife is true?

What if you’re wrong about that science stuff? What if you’re wrong about how you interpret the fossil record with the concept of evolution? What if there is a glorious afterlife to reward a life time of worshiping our silent, absent, and often-cruel god? What if there is a hideously agonizing afterlife to punish for free thought and using logic and reason during life? What if we were right to heap shame upon anyone who was not a white, straight, male, monogamous follower of our god? What if we are supposed to carry the shame of being born a human being on this planet?

What if the sheep herders in the Middle East truly do know more about the best way to live life than any thinking person in the current era who uses compassion and love as a starting point? What if our earnest belief in a water-walking carpenter from Bethlehem is absolutely essential for an eternal reward? What if the hominids of the past million+ years of time were alive a mere six thousand years ago? What if dinosaurs are truly misunderstood dragons? What if violent murders or silencing of innocent victims of rape by elders is truly the preferred way to handle the inappropriate sexual acts of those trusted, respected, or feared elders?  …

The full text of this article written by Karen Loethen is available here.