Skip to content
Cross-posted from: Women's Views on the News
Originally published: 06.03.18 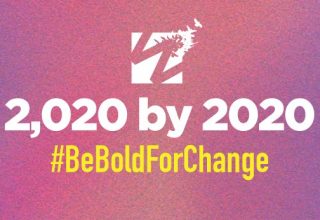 “Nothing has changed … everyone promises, it’s delivering that counts.”

On 1 February 2018 the inquest into the self-inflicted death of 21 year-old Emily Hartley at HMP New Hall in 2016 concluded.

She was the youngest of 22 women to die in a women’s prison that year; 2016 saw the highest annual number of deaths on record.

And the evidence at the inquest raised serious issues about the decision to place Emily in prison.

END_OF_DOCUMENT_TOKEN_TO_BE_REPLACED

This post is a hard one to write. I’ve kept this blog for years but this is the post I’ve always second guessed myself out of writing. I’ve written about dysfunctional homes so many times, homes that weren’t safe, predatory men, an inadequate legal system, but I’ve never said that what I had a personal stake in what I was writing – that I understood, that I’ve been there. I know what it’s like to live with a volatile narcissist who will make you doubt the facts in front of your nose. I know what it’s like to dodge ever-changing emotions. I know what it’s like to fear for your life – a dull practical alertness, not a nerve jangling panic. END_OF_DOCUMENT_TOKEN_TO_BE_REPLACED

Was my abuser a criminal, a very sick man or both?

That is the question I am confronting right now. And while I generally feel I am an expert by experience as a survivor of childhood sexual abuse, I don’t instinctively know the answer to this question.

Logic, rationality, the thinking things in life can of course supply an answer straight away – he was probably both. But to jump to that conclusion without truly knowing why is lacking somehow. I need a bit more to go on; my education didn’t include the rigours of studying jurisprudence so I don’t know the questions to ask about criminality. My education also didn’t include any aspects of psychiatry or other clinical disciplines which might help the sickness bit of it (I’m discounting my biology O level here). END_OF_DOCUMENT_TOKEN_TO_BE_REPLACED

On the 23rd of June, 2015, the PRISON REFORM TRUST LAUNCHED A REVIEW to examine why children aged 10 to 17 who are in care are more likely to offend than children who are not in care. [1] The Trust acknowledges that the majority of young people in care do not offend or come into contact with the youth justice system; however, “children and young people who are, or have been, in care are over five times more likely than other children to get involved in the criminal justice system.” The Trust continues: “In a 2013 survey of 15-18 year olds in young offender institutions, a third of boys and 61% of girls said they had spent time in care. This is despite fewer than 1% of all children in England being in care.”  The review aims to identify why young people in care are disproportionately represented in the youth justice system and, importantly, how to respond to this problem.  END_OF_DOCUMENT_TOKEN_TO_BE_REPLACED

The Home Affairs Select Committee have announced that unlike people accused of any other crime, those accused of sex crimes (including rape) deserve anonymity until charged. It’s a decision that has been made without consulting rape victims or rape support charities, instead appearing to be motivated by sympathy for the DJ Paul Gambacinni, kept on bail for 12 months over an allegation that was eventually dropped. According to Committee chairman Keith Vaz “we have seen how destructive [releasing names] can be to a person’s livelihood, causing irreparable reputational damage and enormous financial burden.” We have also, one would think, seen how damaging rape – which happens to an estimated one in five women – can be, but apparently that’s less measurable (or less important?). In any case, the belief that a “special stigma” attaches to rape, making those accused more in need of protection from publicity, persists.

Personally I find it strange to think that we live in a world so appalled and outraged by rape that those accused of it are social pariahs. If that were the case, surely we wouldn’t be surrounded by men telling women that forced penetration and sexual coercion are perfectly fine. A world in which great stigma is attached to rape itself is not a world in which …

This is not a world in which rape is seen as a truly abhorrent act of violence. It is joked about. It is excused. It is filmed and shared between friends. It is committed time and again, by men who believe it is normal (just don’t say the “r” word, at least not outside your own circle of friends).

The stigma, if there is one, has nothing to do with rape itself. It’s to do with naming it. It’s to do with being accused. An accusation breaks all the rules. You haven’t properly overpowered a victim if she then complains. Her complaint makes you a Rapist with a capital “R,” as opposed to someone who merely “coerces” (every man coerces, doesn’t he? Coercion’s when you get away with it and that’s just fine).

I don’t believe for a minute that the tiny number of men falsely accused of rape suffer more than the tens of thousands of women raped every year who see no justice at all. Only someone who believes men are more human than women – or that forced penetration is no big deal since that’s what women are there for – could dare to think otherwise. If a false accusation of rape is more traumatic than one of, say, burglary or murder, this isn’t because we think rape is more abhorrent. We don’t.  Perhaps men feel pressured put on a show of distancing their behaviour and beliefs from those of someone who’s been “officially” labelled a rapist. Or maybe there’s a particular shame – a form of emasculation – associated in having your socially approved right to take penetrate more vulnerable bodies legally questioned. Whatever it is, it’s not that we think rape is worse than other crimes. We just don’t like having to think of it as a crime at all.

The current call for those accused of sex crimes to remain anonymous until charged harms victims several times over. It suggests rape is less acceptable than other forms of criminal behaviour (the opposite is true). It suggests accusers are more likely to lie (false accusation rates are no different than for other crimes). It suggests the chance that publicity could help other victims to come forward isn’t important (it is). It blurs the lines between “not charged” and “falsely accused” (not charging men accused of rape is common; charges and convictions for making false accusations are rare). Above all, it suggests being raped isn’t as bad as being accused of rape, making the convictions of serial rapists such as John Worboys much less likely in order to spare a handful of men the pain of being accused of a crime they didn’t commit (meanwhile any one of us could get accused of a crime we didn’t commit, but clearly only some of us matter).

Rape accusations are socially disruptive, but only because we live in a world that is perfectly fine with rape itself. That is the problem. Anyone who cared about victims and about the handful of men falsely accused would work on changing this.

(For help emailing your MP on this issue, click here.)