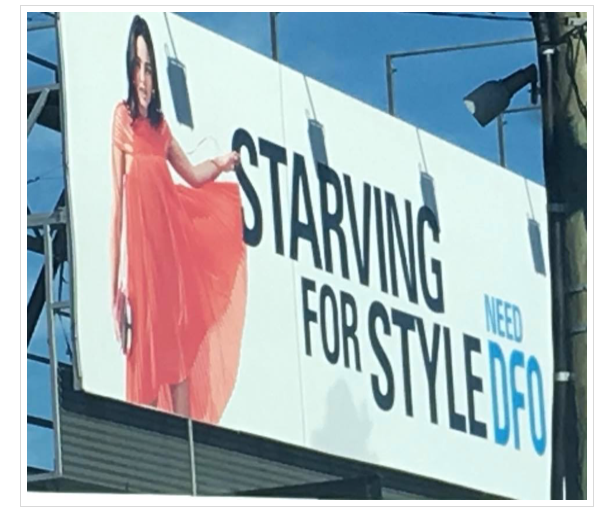 I’ve always had a love-hate relationship with glossy magazines. The reason this blog is called Glosswatch is because I originally conceived of it as a place where I’d go to rant about the publications to which I was still, inexplicably, subscribing in 2012.

I knew how these magazines functioned. I could see the way in which, like a toxic best friend, they eroded your confidence by drip-feeding you advice on ways in which to improve yourself. I knew that the solutions they offered were to problems you hadn’t even realised you had. I knew they didn’t really want you to be happy with yourself, since a woman who is happy with herself does not spend vast amounts of money on trying to make herself look like someone else. But I bought them all the same. I’d been buying them for decades. END_OF_DOCUMENT_TOKEN_TO_BE_REPLACED

As I have mentioned in a previous post, the hatred towards mothers always seems to go unchecked and is always the norm. Whenever a mother shows any concern of the impact of sexualization of women on her children she is immediately branded a “prude” or someone with “no life.” It’s incredibly ironic that many will accuse a mother of “having no life” because the minute she does not center her life around her children she is also branded a horrible mother.

Likewise, they will find ways to accuse her of hypocrisy, or imply hypocrisy, by asking her if she allows her children to watch any television. I am not certain about how exactly that is relevant to her concern because the difference between media consumption in the home versus public advertising is that she at least has some control over the media her children consume but out in public she does not have this power. You cannot simply “ignore” a hyper-sexualized advertisement when it is a fifty foot billboard in full view of the young impressionable children. Liberals may deny this, and most certainly will, but children do notice their outer environment, they do not live in a bubble (as much as Liberals would love to make it so) and they do take in everything that they see around them. They cannot ignore that it actually does take a village to raise a child and our mainstream media is part of our global village. The accusations of moralistic pearl-clutching against Jennifer Campbell is absurd and the other arguments against her very legitimate concern are also astoundingly ridiculous. END_OF_DOCUMENT_TOKEN_TO_BE_REPLACED

I am a large woman. I take up a lot of space.

It’s taken me forty years to feel fully justified in doing so.  In my life I’ve weighed more and I’ve weighed less. Today I love myself.  Why? I stopped giving a fuck about other people’s opinions.  I define my value; the cis hetero-normative beauty industry does not. Internal character traits like courage & compassion are more important than external comparisons.  Own your power.  If you don’t, you are handing the reigns to someone else.

Contempt for large bodies is spoon-fed to us as girls by a fat-hating society obsessed with thinness that tries to dictate self-worth based on a number.

Like many others, I succumbed to these early messages and developed an eating disorder to “fix” what I thought was “wrong.”  The irony is when I weighed less, I still never felt “good enough.” My problem was not my weight, it was my insecurity. There are many incorrect stereotypes about fat people.  Fat-shaming is not just offensive, it’s also ineffective because, as xojane.com points out, “shame is not a catalyst for change; it is a paralytic. Shame doesn’t make you stronger, nor does it help you to grow, or to be healthy. It keeps you in one place, very, very still.” Building your confidence is an inside job.  Adjust your self-talk.  Instead of putting yourself down, build yourself up.  END_OF_DOCUMENT_TOKEN_TO_BE_REPLACED