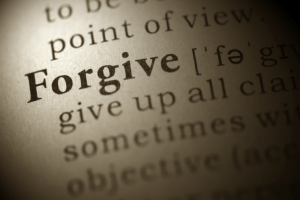 ma survivors, there are many paths to healing and moving on. Why does forgiveness culture demand that survivors forgive their abusers?

When I say that I am against forgiveness, I am not judging individuals who choose to forgive. If doing so helps you, then by all means, forgive. What I abhor is a culture that places demands on victims and survivors, insisting that we are not whole until we forgive. Forgiveness culture implies that betrayers and abusers can expect to be forgiven — they can hurt and harm and rage — and should their targets decline to forgive, they can rest smug in the assurance that the refusal reflects a flaw in their victims, not in themselves.

I can relate many small wrongs after which the offender has apologized, claimed he would never demand forgiveness, and then become condescending when I’ve not immediately accepted the apology. “We don’t have to be enemies, but sure, I’ll leave you alone,” said one text message. I had not said I would not forgive him; I had simply not forgiven on demand. Still, this incident was relatively minor. ….

Why I Reject Forgiveness Culture was first published by Stir Journal. You can find the full article here.

erringness in perfection class : Elizabeth Kate Switaj is a Liberal Arts Instructor at the College of the Marshall Islands and a Contributing Editor to Poets’ Quarterly.  She completed her PhD at Queen’s University Belfast with a dissertation on James Joyce as an EFL teacher.  She previously taught English in Japan and China in December 2012. (@EKSwitaj)

I am angry because I am worth being angry about – Anon

I’ve been angry for many, many years. We don’t like anger much in the UK. We are at once terrified and bewildered when it lies within women. Female anger is feared because it is seen as unusual, against type. Angry men are passionate and assertive, angry women are irrational and disturbed. Anger is seen as a cancer, eating away at our bodies, minds, and hearts.