Are you self sabotaging your creative work by unrealistic, subconscious expectations?

We had the committee meeting for my concert band last night, and the discussion turned to next year’s programme. We all talked through our thoughts about it and I said that I was worried because I have really struggled with this terms’ harder pieces.

Each time I sat down with these pieces to practice them at home, I looked at the score, at the vast amounts of black ink on the page and my heart sank. They became totally unmanageable, so I did the best I could, feeling awful each and every time.  END_OF_DOCUMENT_TOKEN_TO_BE_REPLACED 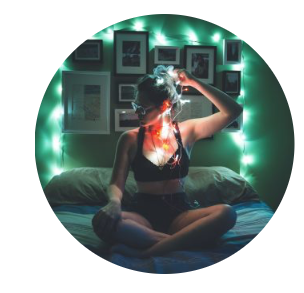 I’ve been singing ever since I remember. Though my first instrument was piano…I was probably 9 and my family ran a fruit stand all summer long, which meant long hours of sitting around in the sun or organizing watermelons. I went to the church that was down the road and started taking lessons from the pastor’s wife in order to escape the boredom. We paid her in fruit. END_OF_DOCUMENT_TOKEN_TO_BE_REPLACED

I have written extensively how playing in a band has made me a much better musician, but also how it has helped me to win back my sense of self, and something to focus on other than just being ill. It has helped me to make new friends and I adore going to band each week.

This Wedesday was a very bad day for me (it’s the cold and damp), I struggled to get out of bed and I had to have a bath to make the pain bearable. I was drunk walking everywhere which is where I stagger about even with my walking stick. None the less I went to band in the evening, even though I felt dreadful.

We working on brand new pieces and they are all geeky, which is fantastic as it means I actually know the music. There is nothing like playing music in a group, it creates a resonance in me which is difficult to describe. I can tell you that I was grinning about ten minutes in. END_OF_DOCUMENT_TOKEN_TO_BE_REPLACED

(cross-posted from More than the Music)

In 1939 the first working computer was made. Now, we can connect to any piece of information in less than a second, talk to someone halfway across the world, and advertise anything our heart desires, all by using the power of the internet. In terms of music, CDs have become downloads, chart positions governed by views and hits, and artists accessible by the use of an ‘@’ symbol and a tweet.

Has this, however, been a good thing to bring us all together, or has it turned music into one massive headache? Do social networking and music necessarily go together?

Since the rise of social networking sites, you can hear the latest music news as it happens. This can be incredibly exciting and make you feel involved in the process of a new album or a new tour. This being said, I think I can speak for many when I say this communication can become a little too personal, with selfies, grudges and pictures of sandwiches splashed over the internet. Hey, just because I like your band doesn’t mean I give a monkeys about what you’ve had for dinner or who you hate right now – I’m all about your music, this isn’t a personality parade.

Then there are musicians who use these tools either too little or too much. On the one hand, you could fall into being one of those who leaves it too long to make updates, so that your name falls off the radar and people forget about your existence. OR you could be one of those that updates all the time, to the point where people would kill to forget your existence.

If this wasn’t enough to worry about, then there is the consideration that every social networking site is different and should be treated as such. Promoting your band in one way on one site will not necessarily work on another.

Thought it couldn’t get worse? Think again. With the rise of social networking has come problems such as cyber bullying, illegal downloads, and ridiculous spats over Twitter that have tainted many artist’s reputations, even destroyed careers.

This being said, the music business has flourished over the decades, with music being easily accessible to all and cheaper than ever. With the rise of apps such as Bandsintown and Spotify, that alert us instantly when tours have been announced and tell us where to get the cheapest tickets, the live music scene has grown to phenomenal proportions. The downloading of albums has transformed from being stigmatised to being embraced, with bands releasing music for free just for their fans.

The use of tutorial videos on Youtube has led to more and more people picking up an instrument, learning to play, joining a band and raising awareness for their local music scene. Thus the cycle continues, inundating us with new ideas, new sounds, and even new hopes, as we connect to those we may never have connected to before.

Whilst social networking has certainly shown us the ugly side of the music industry, I believe the good points outweigh the bad, and ultimately lead to the modernisation of music in a technological revolution that will surely propel music to new heights. From a crackling phone line connection to wireless everything in just a couple of decades, I look forward to seeing what the next invention will bring. Here’s hoping we get floating stages and holographic, long lost bands playing my local arena soon!

More than the Music: is a collective of female music writers and photographers. [@mttmfeed] [FB: MTTM]