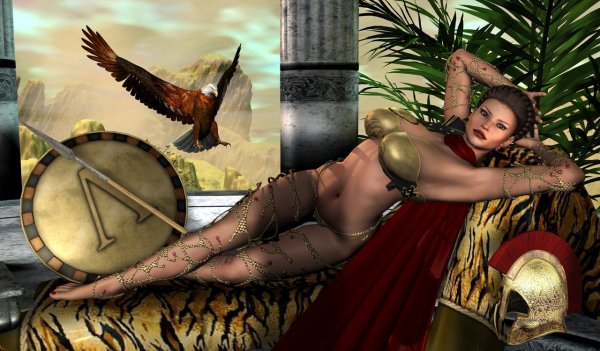 Picture this scene: it is the middle of the day in a large town. The men- young and middle-aged- stand to one side in the town square. Opposite them stand the young women. The women are making speeches about international politics and mocking some of the men for their bad decisions and cowardice. The men keep silent as the women make suggestions about military strategy and how the state should be run. And the women are all naked. END_OF_DOCUMENT_TOKEN_TO_BE_REPLACED

While groups like the ACLU may continue to insist, based on neither logic nor principle, that disclosing private, sexually explicit images of individuals without consent is protected free speech unless done with the intent to harass, more sophisticated entities recognize that this conduct is unacceptable regardless of whether the intent is to harass, to make money, or to provide “entertainment.” Violations of sexual privacy are no more protected by the First Amendment than violations of financial and medical privacy. To exclude sexual information from the protected status of other forms of intimate information is to fail to comprehend the concept of privacy itself and to do violence to the concept of consent. Fortunately, it looks as though our society may be beginning to evolve beyond this.

One night in November 2011, a 17-year-old boy threw a party. At this party, he watched a friend rape a 15 year-old-girl while she vomited out of a window. Instead of intervening, he took a photograph of the rape and distributed it to friends. After months of tormenting by her peers over the photo, the girl hanged herself.

Today, a judge ruled that the boy, now 20, must apologize to the girl’s parents and take a “sexual harassment” course. No jail, not even probation.

The girl’s name was Rehtaeh Parsons. In 2013, her father wrote this letter. It’s a beautiful and heartbreaking letter, and this passage in particular stands out given the sentence today:

“Rehtaeh Parsons thought the worst outcome for her case would be no charges against the men who raped her but we all know better. The worst thing that could happen would be charges. That they would be found guilty, and that Rehtaeh would sit on a court bench and listen in utter disbelief as they were given parole, or a suspended sentence, or community service. All for completely destroying her life while they laughed. Why is it they didn’t just think they would get away with it; they knew they would get away with it. They took photos of it. They posted it on their Facebook walls. They emailed it to God knows who. They shared it with the world as if it was a funny animation.”

Her father is right. Those boys knew they would get away with it, and they did.