(Cross-posted from Ramblings of a Zen Kitten)

Valley of the Dolls is a Hollywood thrill-ride from start to finish and, as commentator Julie Birchill posits, is ‘the most fun you can have without a prescription!’

Author Jacqueline Susann took her chances at the American Dream by trying, and failing, to become an actress. Susann’s subsequent seen-it-all attitude became the base note for writing a thick novel in the style of a gossip column, in which she intricately weaves the debaucherous exploits of her three heroines. It is fantastically rumoured that Valley of the Dolls was written on a hot-pink typewriter. 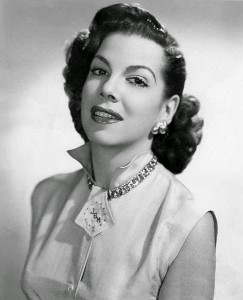 However, the pressure of fame, screen tests and sexuality can be very daunting. The ‘dolls’ referred to in the title are a metaphor for prescription drugs and uppers; little red, yellow and green pills which tranquilize, energize and down-size the girls. Not that Anne, Jennifer or Neely are particularly concerned about the traditional ideals of what it means to be ‘feminine’ in 1940s America. Femininity in this cultural and time sphere has connotations of demureness, chastity, maternity, obedience, beauty and innocence. All but Anne are unconcerned about the (society-created) disadvantages of losing their virginity, and Anne, the anti-Venus, is labelled ‘frigid’ and worries that there is something wrong with her.
The character of Jennifer North, too, is completely against what the patriarchal standards of femininity believe to be ‘normal’. We learn, from her first third person perspective within the book, that she was involved in a lesbian relationship with a girl named Maria for several years, who divided her time between an innocent friendship role and sexual deviant. Maria not only initiated the sexual acts with Jennifer, but taught Jennifer how to explore and enjoy her own body. This is something Jennifer very much keeps to herself throughout the rest of the novel; potentially through fear of what her other friends would say. 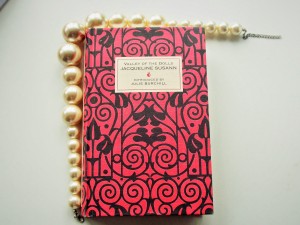 Set in the 1940-1960s, the reader follows the strive for glittering stardom with our ingénue protagonists Anne Welle (secretary-turned-model), Jennifer North (all-American beauty), and Neely O’Hara (hot-headed actress). The novel follows their journey from the savage fight to kick start their careers in the most world-coveted setting, where thirst for fame and fortune plagues the teens’ minds. Watching washed-up stars like Helen Lawson fall from grace only encourages them, as the girls are determined to avoid her mistakes.

The cut-throat nature of the agency business means that friendships are brought to their limit; after all, there is only room for one at the top. Moral qualities such as loyalty, chivalry and honesty are thrown to the wind in this dog-eat-dog world of Susann’s lavish creation.

More than just a fast-paced swipe at the media industry, Valley of the Dolls is essentially a feminist novel. If you are to take one message from it, let it be the one she screams at you: “Guys will leave you… your looks will go, your kids will grow up and leave you and everything you thought was great will go sour; all you can really count on is yourself and your talent”.

The character of Helen Lawson is the complete antithesis of what it means to be feminine. She is loud, abrasive, arrogant, sexually available and selfish. However, this apparent lack of consideration for all others around her is essentially the key which brings her much success and happiness. Albeit rather alone at the top, she is at the top and ensures that all of her (self-centred) dreams come true.

Jennifer is also notorious for her ‘European’ films where she appears in many roles completely naked; an artistic vision which the other girls label brazen and condemn her for. Femininity places a strong emphasis on a girl’s need and want to become a mother. We learn that Jennifer has seven abortions; the ultimate abhorrent act of disinterest towards the ‘natural’ mothering instincts she should possess. Her carefree attitude towards the abortions, as a medical inconvenience rather than any source of moral, philosophical or religious turmoil, further isolates Jennifer as deviant from the ideals of motherhood and, in turn, femininity. 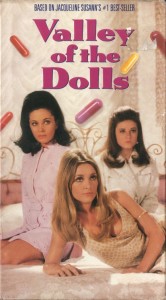 The ultimate betrayal of the patriarchy, and probably the biggest feminist comment made by Susann in the whole novel, comes when Jennifer commits suicide. Before the final act, Jennifer is inches away from the happiness she has so eagerly sought her whole life. She is to be married to a Senator who, through the nature of their meeting and falling in love, convinces Jennifer he loves her for the person she is inside rather than the body so popular with cinema fans. When it is uncovered that Jennifer has breast cancer and is to undergo a mastectomy, her Republican husband-to-be enthuses about how much he cares for her breasts because they are in essence herself and he could not stand anything happening to them. This pushes Jennifer to silence and, after sneaking out of the hospital and home, overdoses on her dolls to leave the perfect embalment of the perfect body.

The reliance on stimulants for comfort has been likened to little girls clutching their dolls. Furthering the feminist theme, Susann’s, albeit subtle and implicit, use of the word ‘dolls’ could symbolise the treatment the girls receive by their male counterparts in patriarchal America.

With the creation of the television an ever-present threat and husbands becoming notoriously hard to hold onto, the search for happiness, and the discovery of what ‘happiness’ even means, for each girl becomes more and more difficult.

Addiction, ageing and (medical) affliction are inherent concerns for Susann. Unexpected twists and gruesome ends; this book is exhilarating and incredibly difficult to put down. If Carlsberg made novels about glamorous Hollywood hyperreality… 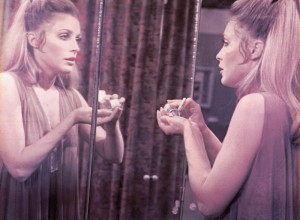 Ramblings of a Zen Kitten: I am a feminist and have been for some years, even more so after doing a gender studies module at university. My blog often contains feminist comments upon books I have read as well as current events happening in the world. I also write articles about beauty products, and the occasional poem. My Twitter handle is @JennyRaRaRaw.