A while back, I attempted to compile a list of Welsh BME writers to read on Twitter. Since then, I’ve sat on this for months, thinking and then overthinking it; “is this necessary? Are you really going to be that person? How will people respond?” Yet every now and then, I’m reminded of this little project of mine, whether it is through the tense political climate, or the conversations I have with people.

I would firstly like to say that most publications etc. in Wales are very open to diverse and intersectional experiences in literature. Parthian Books regularly publish books by diverse authors, while platforms such as Wales Arts Review regularly give voice to, and review books by diverse writers. Both are also platforms I contribute to and work with. Yet while this is the case, the Welsh BME voice in literature remains a quiet one. ‘Difficult’ is a euphemism for what has been my search for BME and intersectional experiences in Welsh books. Whether the problem is simply that Wales isn’t as diversely populated as London or other areas in England, or whether there is a lack of promoting and reaching out to writers from different backgrounds who are Welsh, I can’t say.

For as long as I can remember, I’ve very strongly related to being ‘Welsh’ as a part of my identity. Wales has been a home to me, and my experiences growing up and living in it will always be significant. Yet I am not simply Welsh, or a Welsh writer. Just as I am not simply a female/feminist writer, or a South Asian or a BME writer, but a mixture of these and maybe more, which is where the need to compile this list arose. Identities fluctuate, despite external attempts to box them down, and there is a lack of writers who reflect such experiences in such ways in Wales. There is, therefore, a lack of writers available to me as mirrors to myself when it comes to writing about my home. In that sense, this as much my personal journey as a writer, as it a research project and a journalistic investigation and perhaps even the basis of further academic study that I would like to pursue in the future. Because I don’t want to read stories full of stereotypes, stories of ‘back home’ or stories filled with a sense of ‘otherness’. I want to read stories that reflect whole, dynamic experiences. Cardiff especially, is and historically has been a very multicultural city yet not many stories or the literary/arts scene reflect that.

To cite Toni Morrison’s popular quote: “If there’s a book that you want to read, but it hasn’t been written yet, then you must write it.” And while I fully intend to write that book and tell that story through my poems and an eventual novel, there is a need to do something now.

A reason for compiling this list, therefore, was representation. While there are many great lists of Books by Writers of Colour that can be found all over the internet, I think it is necessary for Wales to be part of the current global and national conversation about diversity. Conversations that also led to the #ReadDiverseBooks / #ReadDiverse2016 challenges and the #OwnVoices hashtags, among many others (if you love books and aren’t aware of these then that confirms again why this is needed). Because I feel that it is a lack of representation of a variety of experiences that leads to narrow-mindedness and lack of understanding between communities (looking at you, Brexit). Lack of representation creates the idea that only one kind of a story or voice is relevant. Lack of representation and mixing of all experiences, in my opinion, also leads to stale and repetitive stories being reproduced constantly. And it is true that ‘diversity’ itself has become such a tokenistic word that has lost its meaning and somewhat become a mind-numbing mantra. But the way I see it, ‘diversity’ essentially means inclusivity and representation of all experiences on all levels, in all genres, in all age groups, in all communities.

And so, by reading ‘more Welsh BME writers’, I aim to promote representation. Along the way, I might also find authors who may have been and are in my position; who may call Wales home but don’t have Welsh names, Welsh heritages or even speak Welsh. Who actually inhabit and cherish many cultures and ways of living in one place. And while this inclination may seem to be a selfish one, and as though I am ‘othering’ my own self, this is not to say I don’t relate to white Welsh writers (which is again a boxing term), but more that they only reflect half of my experience. In fact, stories that lack representation of all communities also depict a very narrow and inaccurate picture of our society.

And so, with many suggestions from Susie at Parthian Books, from people on Twitter, and mentors I’ve had in the past, I’ve compiled a list of books I intend to read and briefly review over the coming months, some of which are below. The aim is to do one per month, and I’ll try and stick to it the best I can. Please feel free to give me more recommendations! Without meaning to, the list is dominantly female so far, which is just perfect.

Finally, I would like to get in touch with and know more BME writers in Wales. If you are one then please do get in contact. I’m aiming to promote more workshops, open mics, events in Cardiff which include a varied range of writers. Let’s do/create some awesome stuff together.

P.S. When I say ‘Welsh’ I don’t exclusively mean by birth. I mean having roots in/ grew up in/lived in/relating to being ‘Welsh’.

P.P.S. I would like to add that the terms ‘of colour’ and ‘BAME/BME’ are troublesome and often reductive/boxing. There are many discussions currently on-going regarding this such as this one. But for lack of better options, and because that is another topic in itself, I’m going to go with it. But I do find it interesting that if you Google ‘antonym to BME’ you get pretty much no answers. 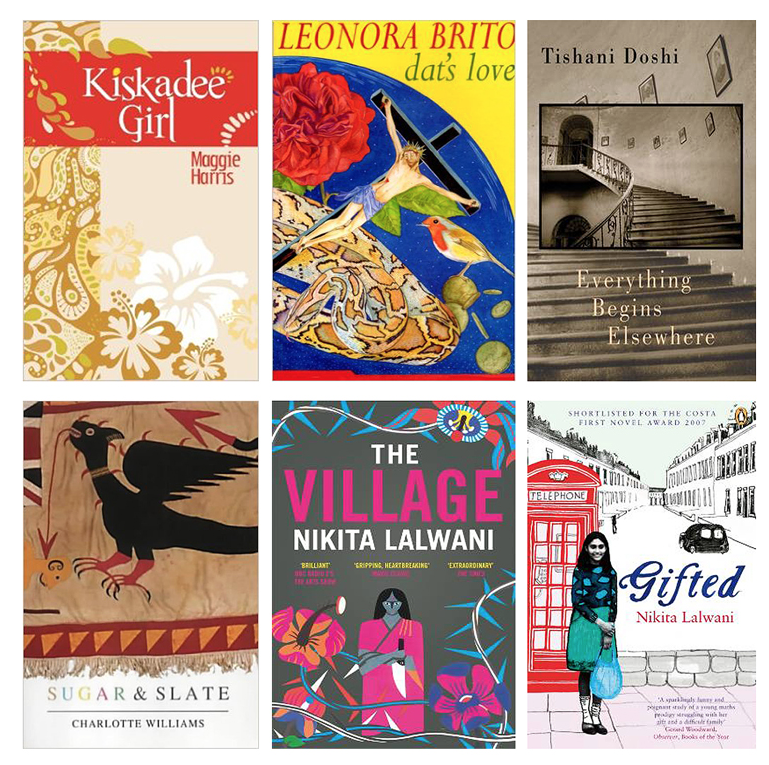